​
Moose Head Pottery is proud to present two custom celebrity Growlers for Erie Manufacturing Day!  One was presented to John Ratzenberger,  and the other to Paul Teutul Jr.  They were keynote speakers for this event!

John Ratzenberger is known for his starring role on CHEERS! as well as performing character voices on Pixar Animation feature films.  These include all of the Toy Story films, Cars, Monsters Inc, Finding Nemo, and all of the others!  He is the only star to feature a voice in every Pixar Movie made!  This is quite an accomplishment... Now he can enjoy his favorite refreshing beverage from a custom Moose Head Growler!

Paul Teutul Jr. is known for his outstanding engineering skills and custom motorcycle builds on the hit show American Chopper!  He co-founded Orange County Choppers with his father, Paul Teutul, Sr. in 1999. Jr. was the chief designer and fabricator of OCC.  He made some crazy, wicked bikes!  Having someone as detail oriented as this owning one of our hand crafted Growlers is truly an honor. 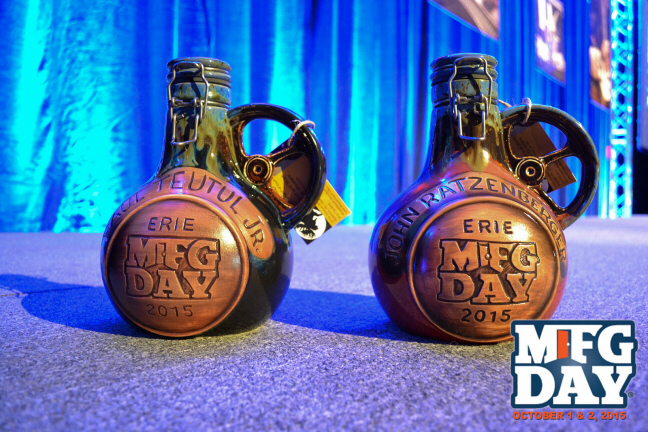